As this social isolation keeps going and all the jobs I should be working on slip into distant memory, I continue to be grateful for just how lucky I am.  My new liitle workshop is a haven of creativity and productivity which keeps me occupied for hours on end.  Lately I have pulled out all my scraps of unusual timber to use for odd toolmakling jobs I have wanted to do for literally years.  Starting with a collection of chisels with new handles turned from European Ash recovered from council tree pruners working in our street.  Next a set of travishers and spokeshaves out of Jarrah with blades I think I bought but it was so long ago I cant remember.  Finally a set of Japanese style marking gauges in Oak recovered from a dressing table found on hard rubish and two Japanese sytle planes made from laminated Jarrah.  I bought the blades dirt cheap at Alameda market and brought them back in my suitcase.  I have to say I am very impressed with the planes and will definitly be making more wooden bodied planes.

Hope everyone is surving lockdown and can keep going. 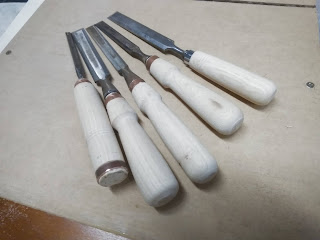 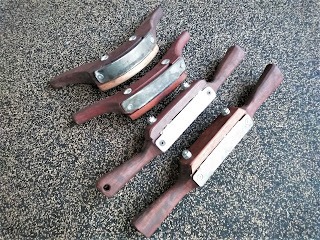 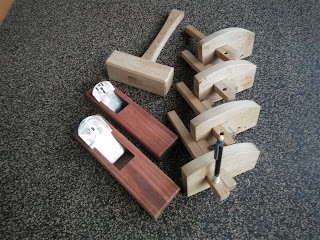 One of the benefits of social isolation during this pandemic is having large blocks of uninterrupted time to work on a project. One of the limitations is having to work with materials at hand and not pop out to Bunnings to buy a pack of screws when you run out. With that in mind I started a bookcase build I have been wanting to do since moving into the new house almost two years ago. I wanted a substantial bookcase I could get upstairs by myself. I had a general concept in my mind but the details were governed by materials I had stashed away during the past two years of kitchen renovations.

I’m pretty happy with the end result. The carcase was made from sheet materials delivered as packaging for my new kitchen cabinets and the face frames and moulding were left onsite by the builders who replaced our windows. I have built two main modules and a pedestal base which, individually, I can carry up the stairs by myself.

Most importantly, however, before the current pandemic I was considered a hoarder but now have had great foresite and resourcefulness to make something useful from materials I have at hand. I have also established my environmental credentials saving significant materials going to landfill. I might never throw anything out again. 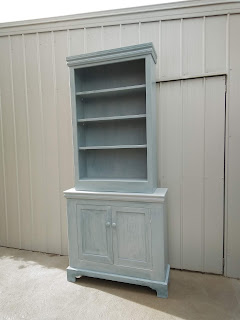 Email ThisBlogThis!Share to TwitterShare to FacebookShare to Pinterest
Labels: Woodworking

“Tidy up to spark joy in your life through minimalism”. How the heck does that work? Marie Kondo has never really held any sway with me and the current pandemic and resultant social distancing policies have transformed my odd interest in other people's hard rubbish into an enviable building resource. Old radiata pine beds have been particularly useful for this 20 inch bandsaw project.

The bandsaw is a Matthias Wandel design (https://woodgears.ca/big_bandsaw/index.html) and for those of you who haven’t seen his site or you tube channel you really should have a look. I have made a few changes to the design mainly to use materials I have. The frame is laminated radiata pine resawn from old bed slats. The wheels are laminated from melamine chipboard from my old kitchen cabinets. Wheel guards were made from 6mm mdf supplied as packaging materials for my new kitchen cabinets. I was lucky to already have a half horsepower motor and assorted bearings salvaged so long ago I can’t even remember where they came from. In addition I had to buy the plans, $24USD and about $120 worth of components including switch, drive belt, main bearings and ground shaft.

The build process started with laminating the frame taking care to keep everything flat and square. The frame design incorporates two vertical channels to support the wheel tensioning and tracking adjustment which was fabricated from a nice piece of form ply, again from hard rubbish. The most difficult part of the build was fabrication of the blade guides. As you would expect there are a lot of highly stressed components in a small space so a little extra focus and care was required to get everything working well. The other challenging and time consuming part of the build was balancing the melamine chipboard wheels to minimise vibration.

All in all a challenging and satisfying project. Only time will tell how well the saw performs and how durable it is but I feel happier spending $150 and building a saw for occasional use that I can pull apart and repair or modify as required than a commercial equivalent. How many machine tools can you buy these days which really are made in Australia?
Posted by Pablo at 1:28 PM No comments:


The first order of business for the new 4m x 5m workshop was the table saw.
I had an old hitachi circular saw which I never seemed to use because it was big
and heavy so I decided to base my new saw on this. Together with some steel
RHS recovered from a fence rebuild and melamine from my recent kitchen
renovation I constructed a box and internal height adjustment frame which
seems to well enough for now. One particular advantage of the new unit
is that it is relatively easy to move around which is a huge advantage in the small workshop. 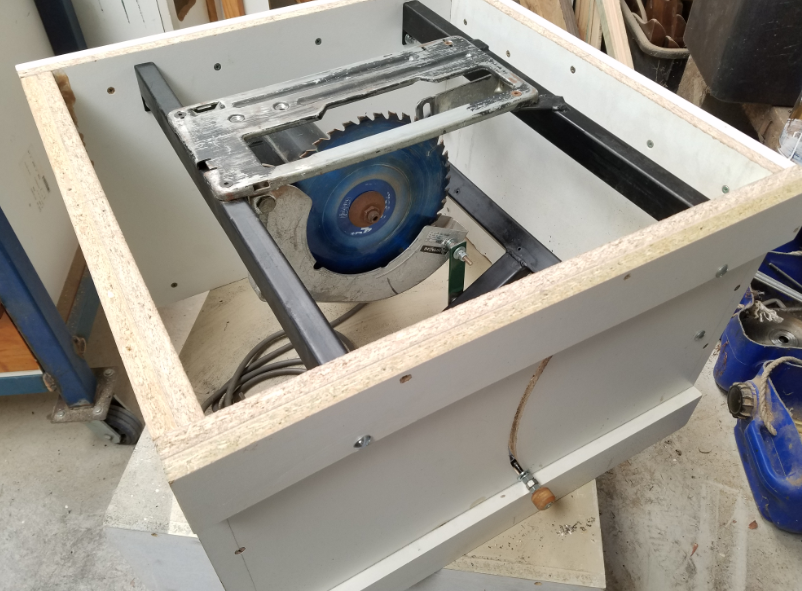 Now where was I?


It’s been a long time since I have had easy access to my own workshop and a lot of water has passed under the bridge since then.  Focus on the final years of a professional career, two years Stateside, some time in hospital and the remains of my tool collection stashed away in storage have left me wondering if my tinkering brain and makers muscle memory have atrophied. I know I am still inspired by low tech ingenuity and people building and making things with a minimum resource but I’m not sure I still have the drive to start from scratch again. We have moved house and I now have the space to set up shop so I’m going to review my old to do lists and favourite inspirations and see where that leads me.

I had heard of Kezurou-Kai USA November last year after they published photos of their event and signed up immediately for this years event.  I think Kezourou-Kai translates to “let’s plane wood” and is an annual festival of temple builders.  Apart from planing we had workshops on how to make Japanese mallets and sharpening stone holders. We also had demonstrations on how to make shoji screens, how to layout fan rafters on your bell tower roof and how to construct temple column brackets.  Hiroshi Sakaguchi showed us how to fit the base of your bell tower post to its round foundation stone with a yari ganna spear plane and presumably the more modern technique of using all thread to tie your post to its concrete foundation pad.  All useful stuff if you building a temple.
We watched demonstrations on how to tap out and sharpen the thick Japanese blade.  How under cut the plane sole.  How to set the blade and use the plane.  Apart from learning heaps I also had the opportunity to plane some American timber.  The timber of choice for the competition was Port Orford Cedar which an incredibly clear and finely grained soft wood.  The tuned Japanese planes were producing close to mirror smooth finishes on the timber.

The Japanese plane iron is a very thick piece of soft steel with a thin layer of hard steel forge welded on the front face.  Tapping out or ura dashi involves peening the soft part of the edge to bend the hard layer so that you can lap the edge without grinding away all the hard steel.  If you’re planing wide beams you need a wide plane and if you’re trying to keep it sharp tapping out will speed up the process.

No glue, nails, screws or bolts.  The column brackets simply stack together like lego held together by the weight of the roof.  In an earthquake the post flexes and the bracket blocks separate whilst the weight of the roof provides constant clamping pressure without overloading the components.
Posted by Pablo at 7:28 PM No comments:

On recent trip through Lake Tahoe I drove past the Sierra Boat Company by sheer fluke and immediately slammed on the brakes, did a U turn, and knocked on the workshop door just before they were closing.  I was kindly invited in to have a look around and am very grateful for the opportunity. 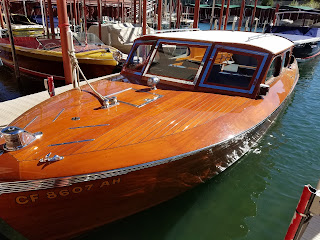 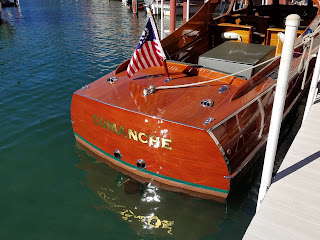 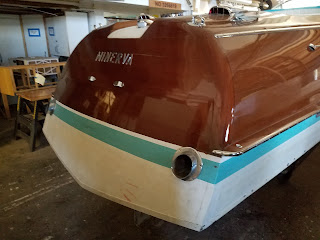 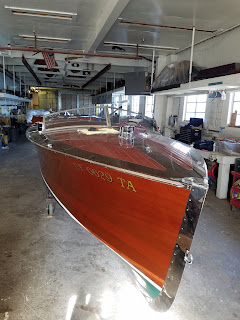 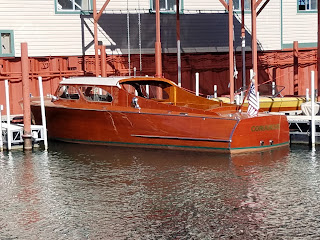 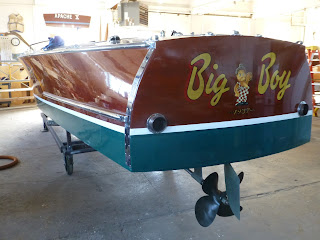